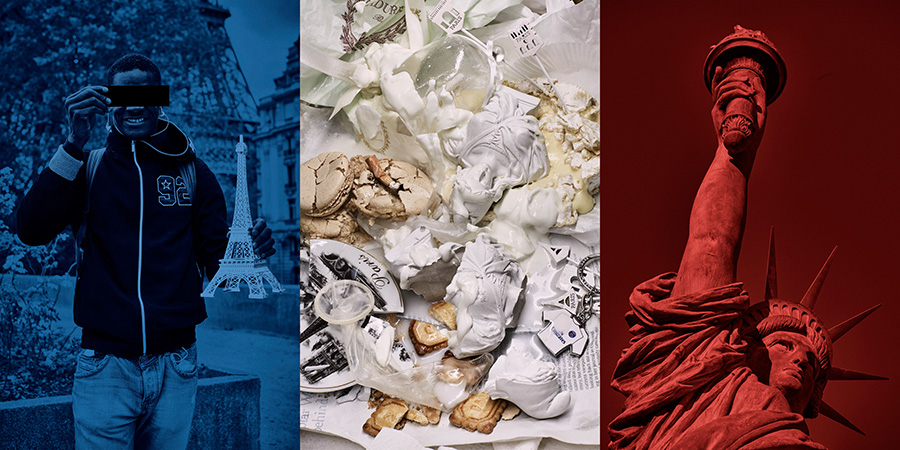 Paris is torn.
Torn between a massive push to welcome more tourists, and efforts to deflect migrants and refugees to other destinations. 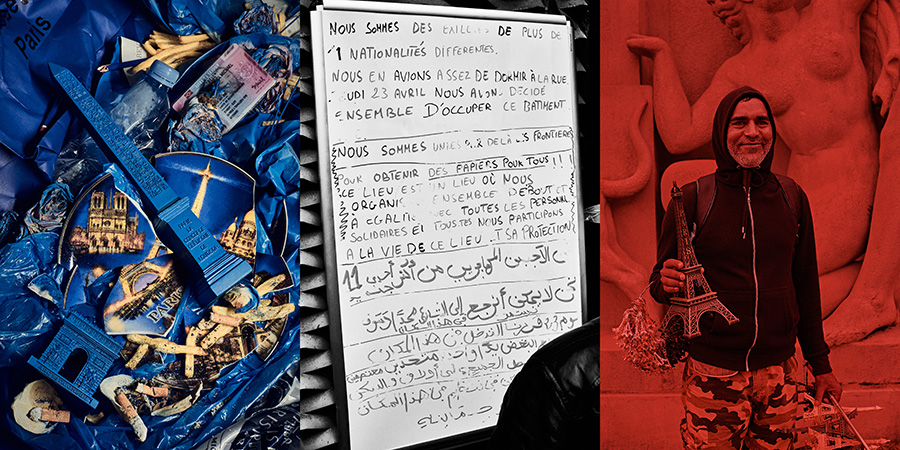 New hotels, art museums, concert halls, festivals, the largest AirBNB selection in the world, a bid for the Olympics, training the French to smile… To recapture the crown of the number one tourist destination from London, nothing is unthinkable.

Yet, in the city where the Statue of Liberty was conceived and built, a concerted effort is also made to repel those who would want to settle more permanently – among them refugees. A few hundred metres from the Sacré Coeur, sheltered spaces underneath the metro tracks are being permanently blocked to prevent anyone seeking sanctuary. 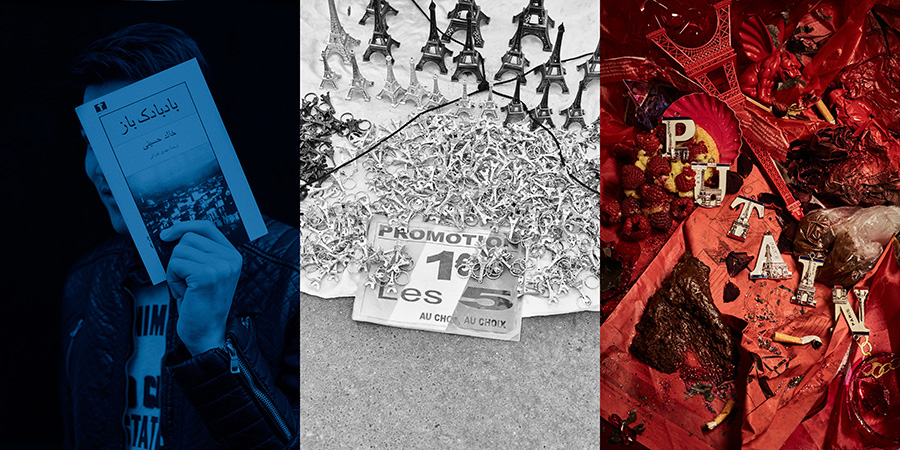 Borders are overrated, François Gemenne has concluded. Executive director of the Politics of the Earth program at Sciences Po Paris and author of the Atlas of Environmental Migration, Gemenne concluded from his studies that borders do little to reduce the number of migrants, only increasing the number of deaths. … For this advocacy of opening borders for refugees, he has received death threats. 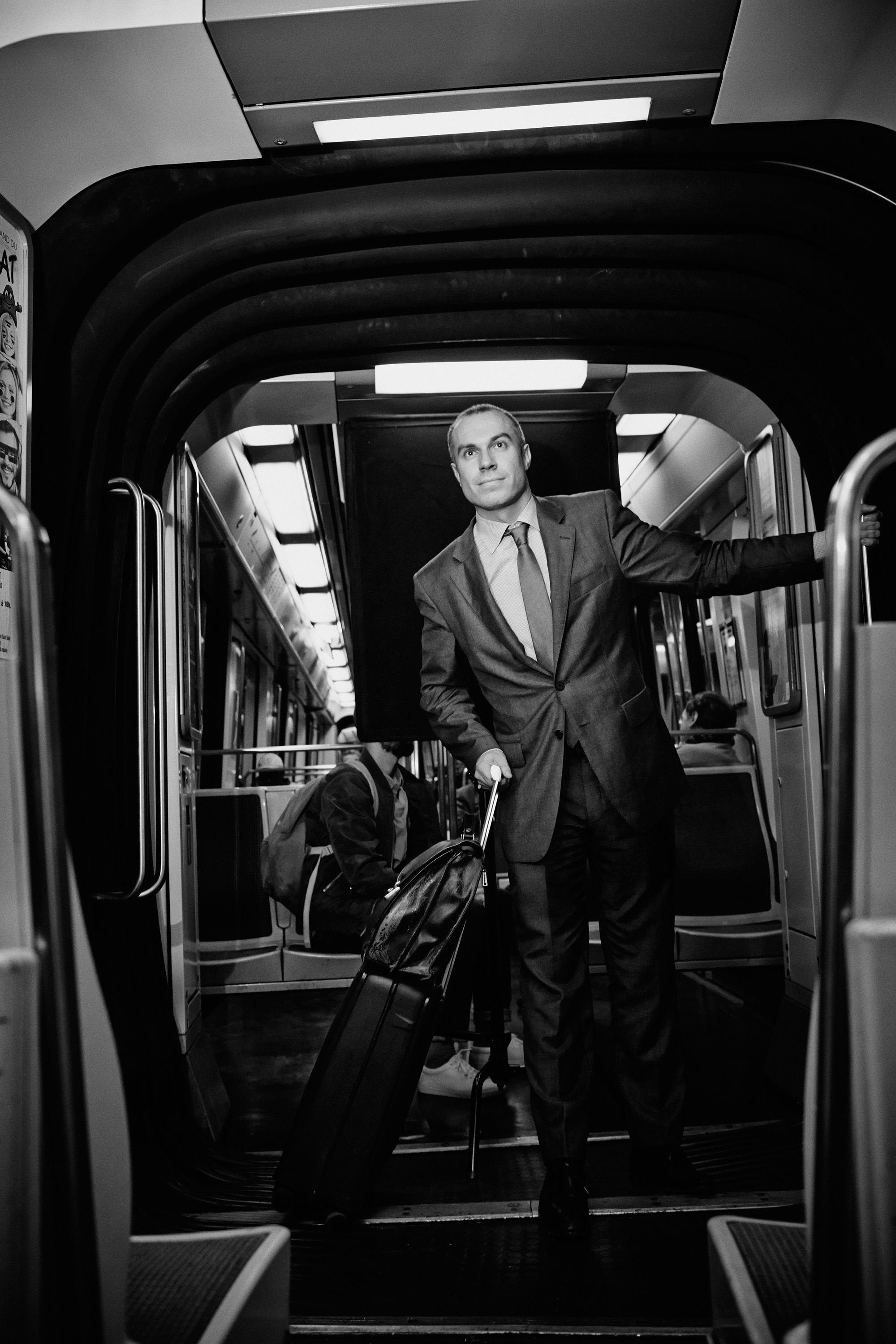 I think it was a bit of both! I’d always been attracted to Paris though it’s a city that I didn’t really know. Despite being Belgian, I had only visited a couple of times as a tourist before moving here in 2007 for family and professional reasons. I was pleased with the choice. I was in London before, but it was a refreshing change.

Which begs the question, London or Paris?

They’re very different cities but I think the quality of life in Paris is much higher than in London: the transportation system is better, the banks are better, less traffic. Paris is walkable: it’s a much more concentrated city without the spread and sprawl of London. Paris wins hands down in terms of quality of life.

“Paris wins hands down in terms of quality of life.”

There might be more cultural events or dynamism in London, but I think it depends firstly on your age, and secondly on the money you have.

What does it mean to be a Parisian?

It might have been the case years ago, but the city has been so transformed by immigration and other factors that we can no longer say the city is this or that. That’s what makes it a great city: the diversity of the people.

I think the center has probably moved to the suburbs. Some Parisians do not consider what’s beyond the périphérique to be the real Paris, but it is: it might not be the Paris from the postcards, but this is where the people live and they are what make Paris. Paris is beautiful, but the challenge is not to make the city only an open-air museum, as beautiful as it might be. 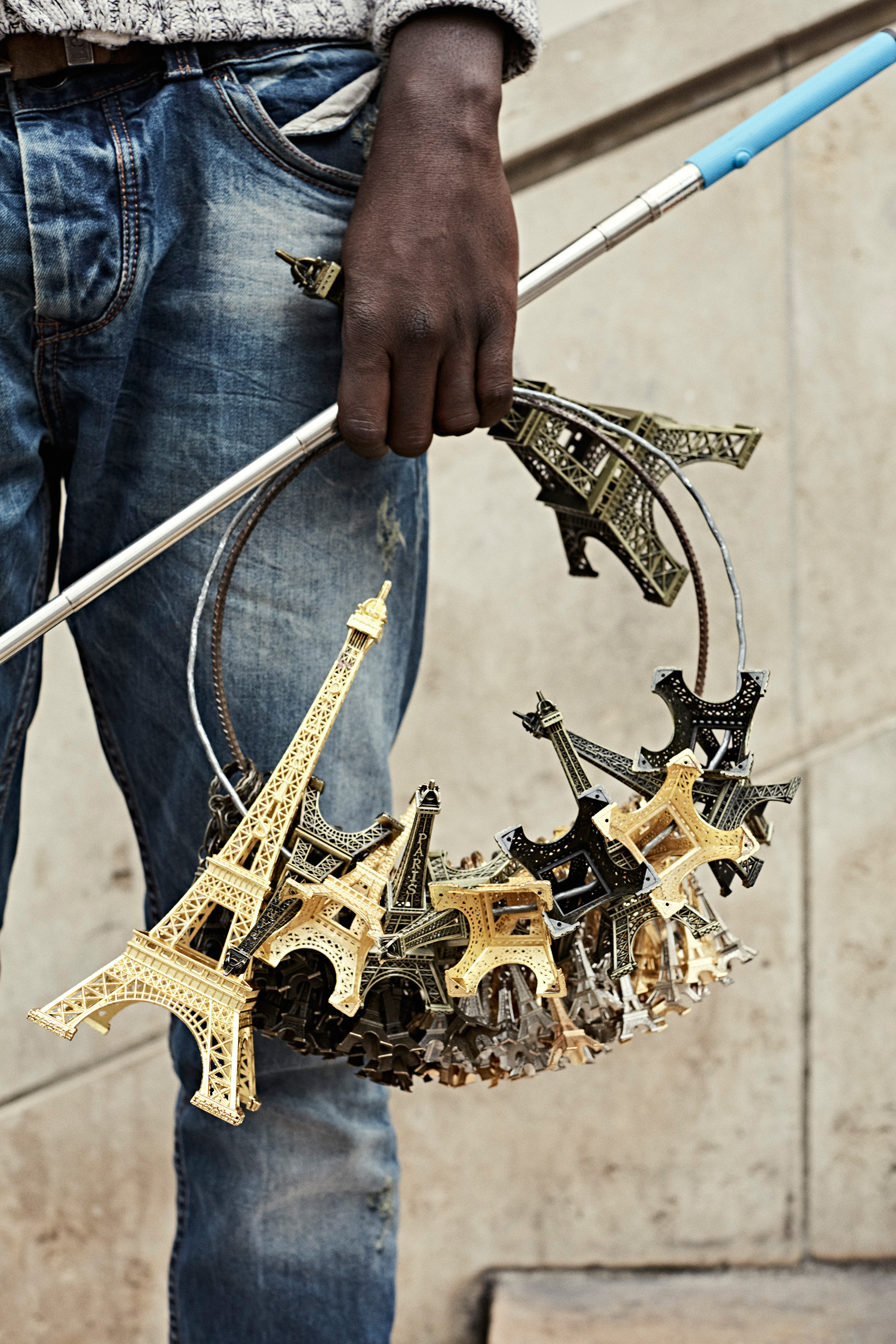 You say Paris has been radically changed by immigration. Is this a recent phenomenon, or is it more related to a broader historical context?

Well, there are different flows of immigration with different effects. First and foremost, there is significant immigration of the French into Paris: many Parisians were not born in Paris.

Then there is immigration from abroad, and throughout its history the city has always been built by different flows of international immigration. Initially it was mostly European immigration, then predominantly North African and Sub-Saharan African migrants. Then more recently we have seen flows from other countries, and these flows will renew Paris and restore its dynamism.

If Paris wants to affirm itself as a real global city as London and New York have, it must keep attracting immigrants. This ties into the importance of reconnecting the suburbs with the city and keeping housing affordable.

I’m worried that Paris is becoming less and less welcoming and affordable to blue collar and poor migrants. There is a tendency to try and attract rich investors, but that isn’t enough to keep a city alive.

Where do you see Paris in five or ten years?

I think Paris in terms of local governance has the potential to thrive: what concerns me most is the wave of racism, anti-Semitism and xenophobia in France today, and not only in France but throughout Europe. Social cohesion will be a real challenge for Paris, as will remaining appealing to migrants. When I hear of current migration policies and the current state of the public debate on these issues, I’m concerned that in five or ten years France might not be attractive for the migrants anymore and that would mean the death of Paris.

Multiculturalism is a challenge that Paris needs to embrace. It cannot just position itself as an open-air museum or a beautiful city – that’s not going to be enough. If Paris wants to become a global city, a global hub, it will need to embrace the concept of multiculturalism and reconcile itself with its immigrants. It needs to realize that the diversity and dynamism of the city is thanks to immigration.

“Multiculturalism is a challenge that Paris needs to embrace.” 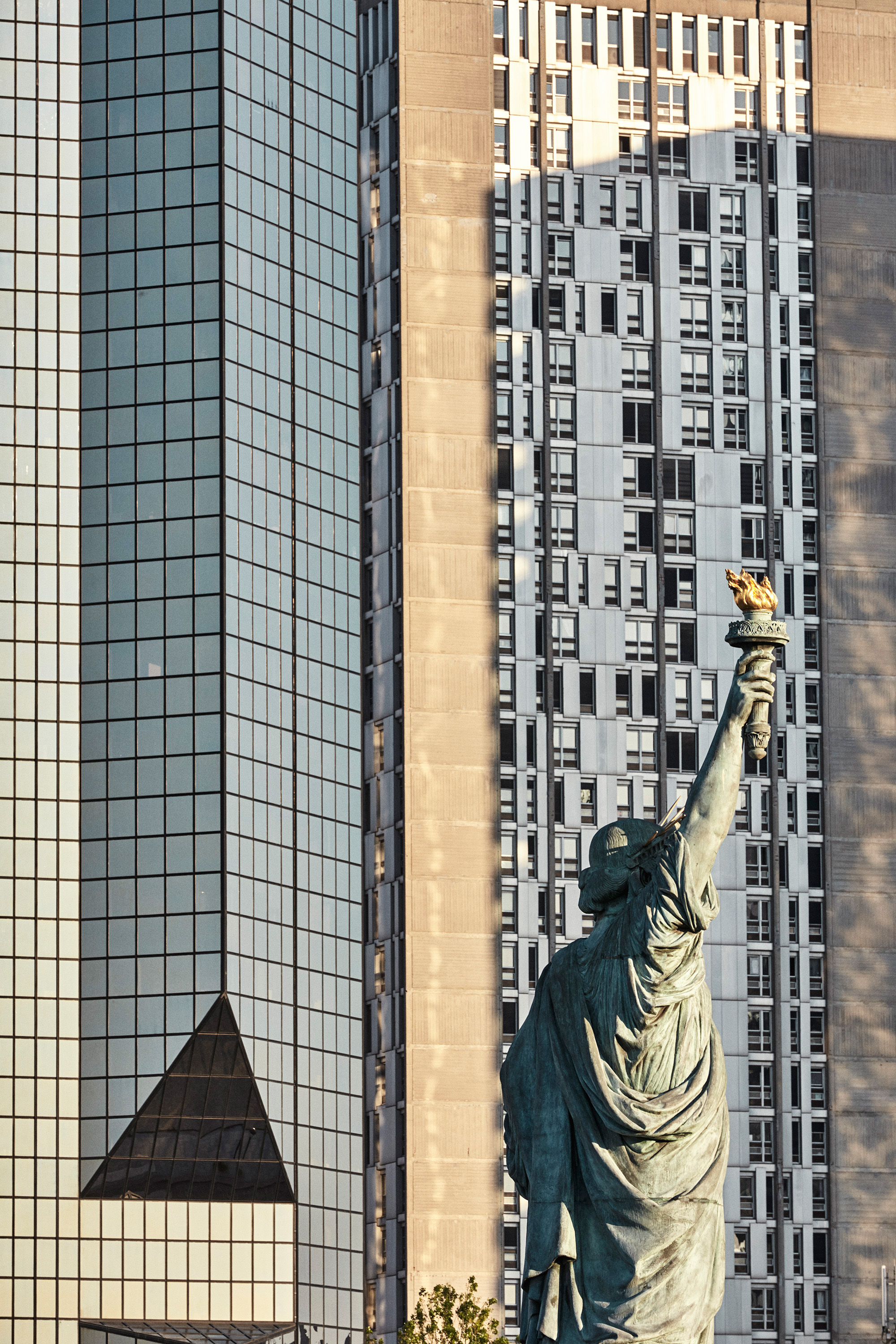 But do you think you can separate attractiveness to tourists and to migrants?

Well, Paris could become like Versailles, somewhere you visit briefly for the museums and attractions – which is maybe a little too harsh an assessment of Versailles – but I don’t think Paris should want to just be that.

Both [tourism and immigration] are important, and are necessarily linked. A symbol of this is the RER B [train] that goes from Charles de Gaulle to the center. The train, and the mess that it is, is a symbol of how France has not yet fully understood that both tourists and immigrants are important to the city. There is always that awkward situation of tourists filling the whole train as it leaves the airport, but then stopping at every station picking up suburban workers on the way to the center. Parisians don’t understand why there are so many tourists, and the tourists don’t understand why the train keeps stopping.

The train is a symbol of the difficulty in assimilating both of these populations, and realizing that each one should enrich the other.

Isn’t the vision or dream of Grand Paris, the integrated, centralized city very French? Los Angeles and other cities have given up on that vision.

Yes, it’s very much part of the French tradition, and one must recognize and acknowledge that. The development of London, LA, and now New York with the growth of new hubs in Brooklyn and Queens has avoided centralization. But in France, there’s a tradition of having a clearly identified center.

I think Paris will continue in that vein. I think the notion of centrality is a fantasy, a fantasy I like. I like the idea that everything can happen in the same place. What are sometimes seen as the inconveniences of the French love of centralization also come with a huge range of benefits.

All trains stop at the same station: you cannot go through Paris, which is a major difference compared to other cities. It’s the start or the end of journey, not a midpoint. It needs to be aware of that and play it as an asset.

“The war on migrants they are waging is absolutely shameful.” 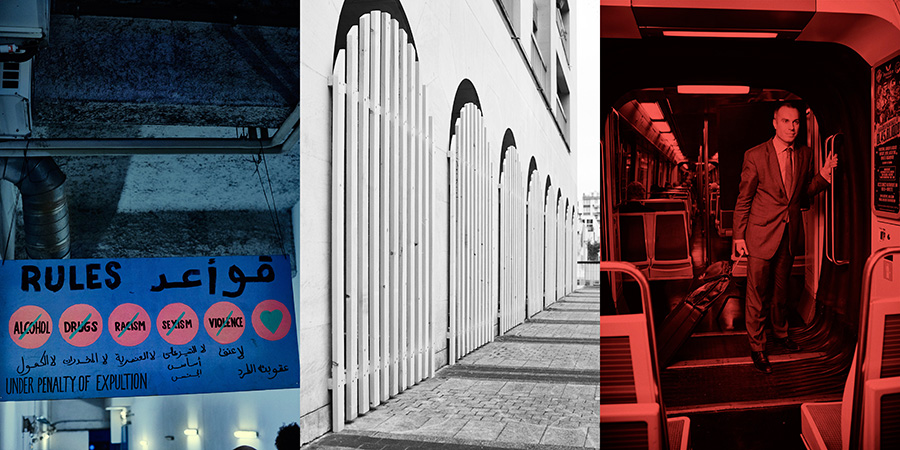 What’s your take on the management of asylum seekers ?

I think it’s a shame. It’s a slap in the face of migrants, of Europe, and of the European spirit. It makes me ashamed of my own government. The war on migrants they are waging is absolutely shameful.

We need to realize that migration is a structural phenomenon that you cannot prevent, limit or strictly regulate: it’s not by closing a border that you control migration. It doesn’t work like that.

Governments need to accept that migration is not determined by their policies, but by structural factors beyond their control. We need to realize that it is not only a structural reality but also a fundamental right, and that it is an asset, especially for large cities. 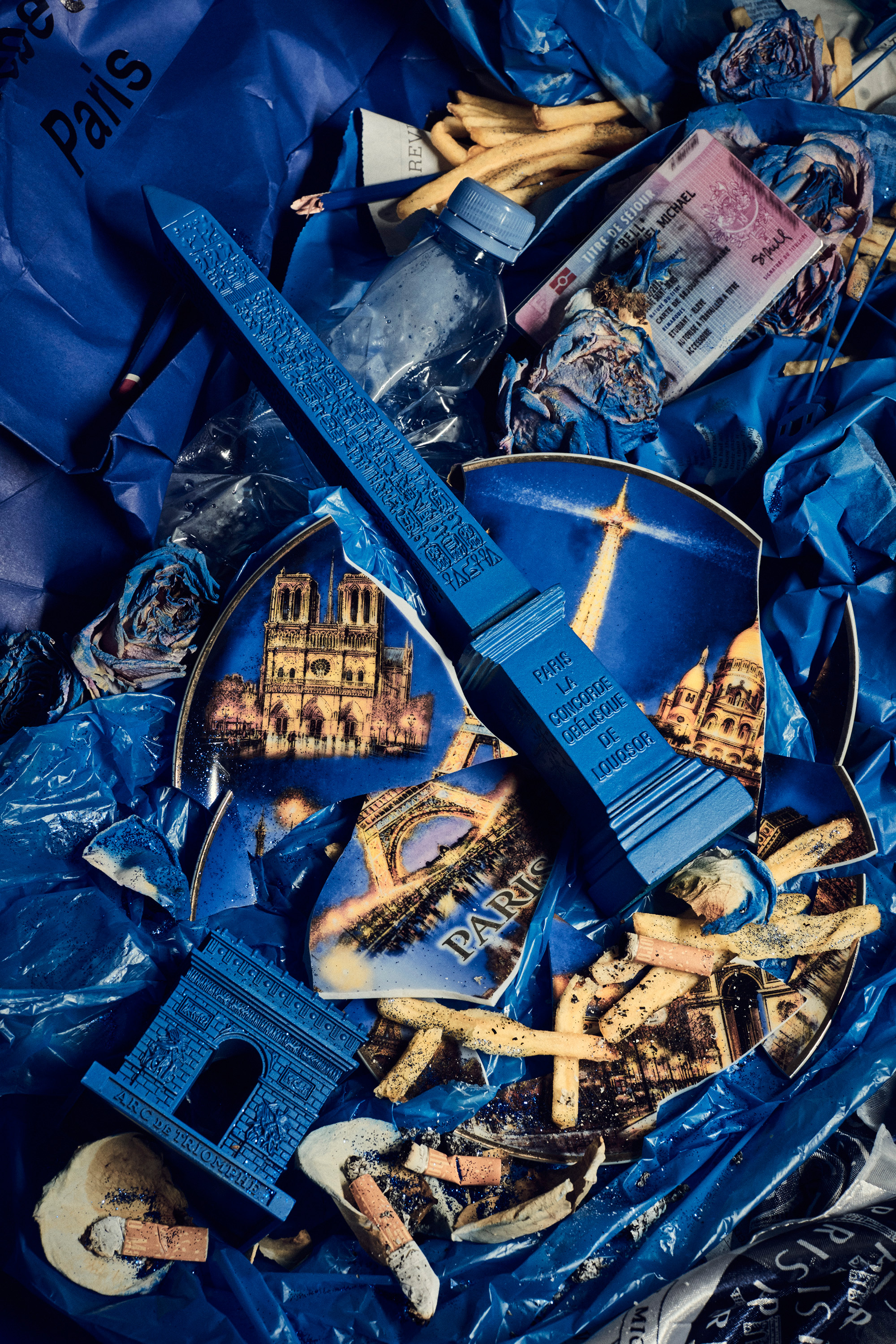 It seems that the French are more resistant to change. Would you agree?

Sometimes, there is an obsession with keeping things the way they are or have been without thinking deeply about whether the status quo is really that good.

Why are people so afraid of your proposal for free migration without national borders?

Because they think it would change everything, that opening borders would represent a major change in everything they know. To which I have two things to say: the opening of the borders would not change everything, it would just make things so much easier for everyone. And secondly, that the change is maybe not the threat they think it is, and that it can be extremely positive for them. Only once change happens can you understand how great it is.

We’ve all experienced not wanting to go to a party or dinner because we are tired or busy, but finally we’re convinced, and when we go we realize it’s the best dinner or party of our lives. That’s how I feel about the French: they need to be convinced or taken by the hand so they realize how positive change is. 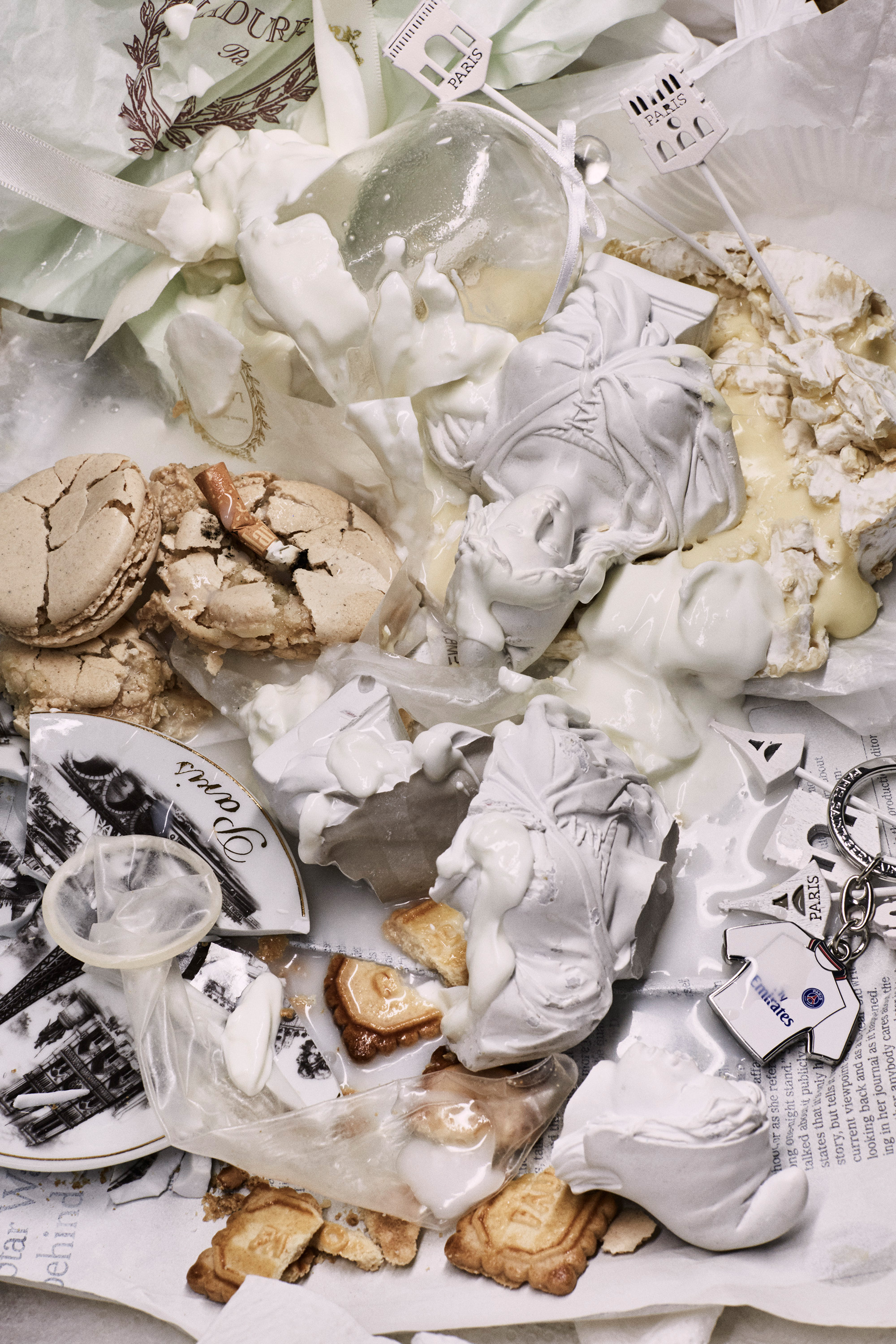 What would have to happen for this change to occur ?

No politician is willing to take up with the idea because they know it would result in a sudden drop in opinion polls for them because people would think that the policy is completely crazy. What I see as my biggest challenge as a researcher is convincing people that this is not as crazy an idea as it seems. I want people to realize that this could be a very realistic proposal. I accept that people might disagree with that proposal, but I object to the assumption that the proposal itself is impossible. Once it appears realistic, I think some politicians would be willing to take it up.

In many ways, the idea isn’t new. The Byzantine and Roman empires were all about the absorption of peoples…

Exactly! It’s not new at all. What is new, what is against the course of history, what is unrealistic and crazy is the closing of the borders.

I bet that in a few hundred years historians will remember this period of closed borders as an oddity. A terrible oddity, and a criminal oddity.

“historians will remember this period of closed borders as an oddity.”

I could imagine it, though I’m not sure that’s how I will die. The cemeteries are beautiful in Paris; it’s definitely a place I’d like to be buried.

Though if I could choose anywhere, it would probably be New Orleans, because I’ve always liked the atmosphere and I think it might be the greatest American city. It’s such a mix between Europe and the US and the people still speak a little French, though it might be barely recognizable to you or I. [Laughs.]

What objects would you be buried with?

A television. [Pauses.] Though maybe reception wouldn’t be great down there… [Laughs.] People are always complaining about the television, but to me it’s one of the best inventions of the last century. 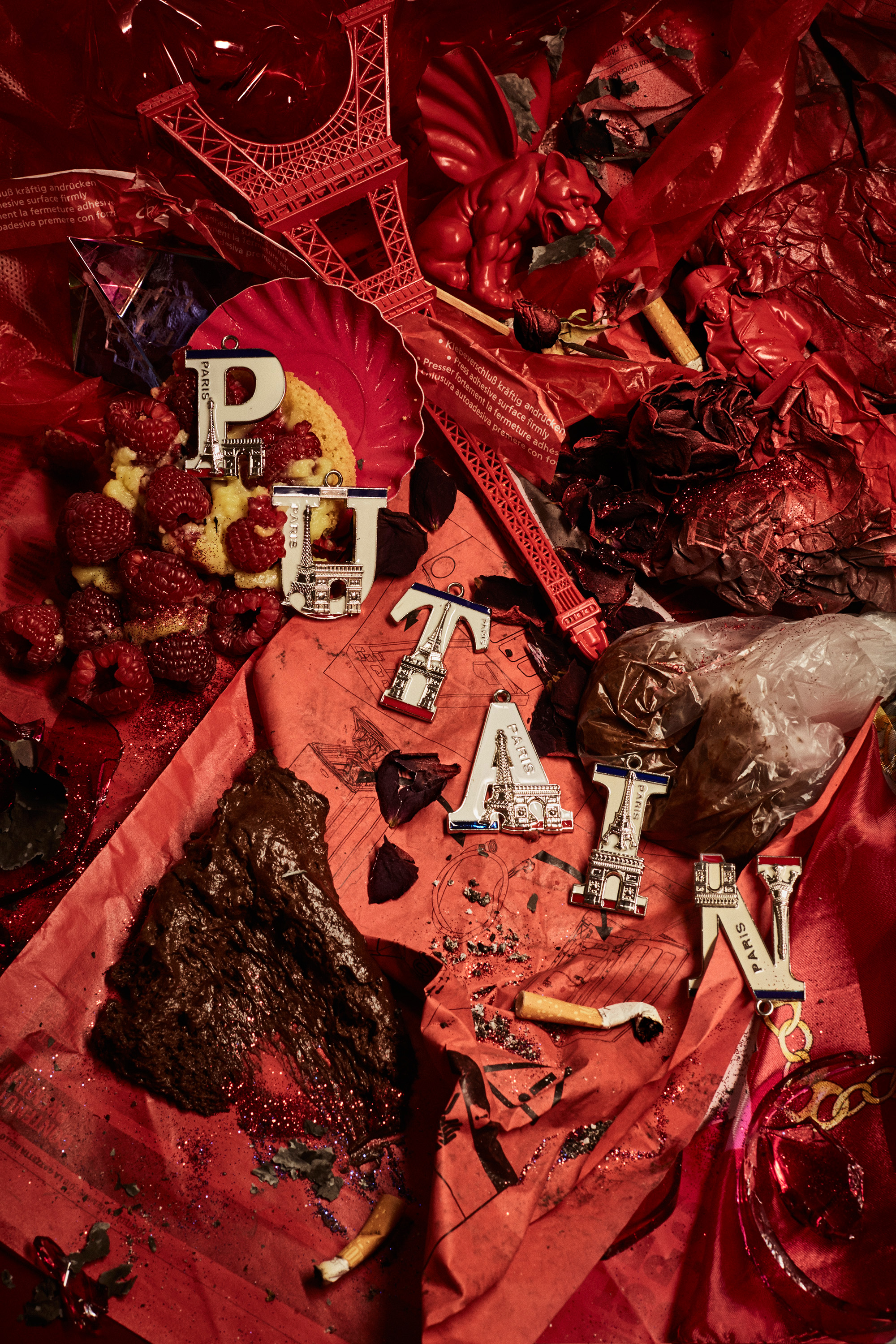 Somehow yes, and somehow no. It’s important to let some aspects die to create new ones.

The French would disagree. It relates to the way they experience change: they feel it as a disaster. The closing of a bookshop is understood as a drama, as though culture is dead. Of course, it’s a little sad, but it means that other forms of culture are emerging somewhere else. Death for one thing can mean life for something else.

Being a Belgian I have a different view. When a king dies and a new king is sworn in, we say “Le roi est mort. Vive le roi.”

It’s important that we are able to say the same for the Paris.