As lowly post-internet humans, we have great difficulties planning life over the course of a few days, never mind a year.

Yet human being Louis Benech plans the life of hundreds of plants over the course of several decades. 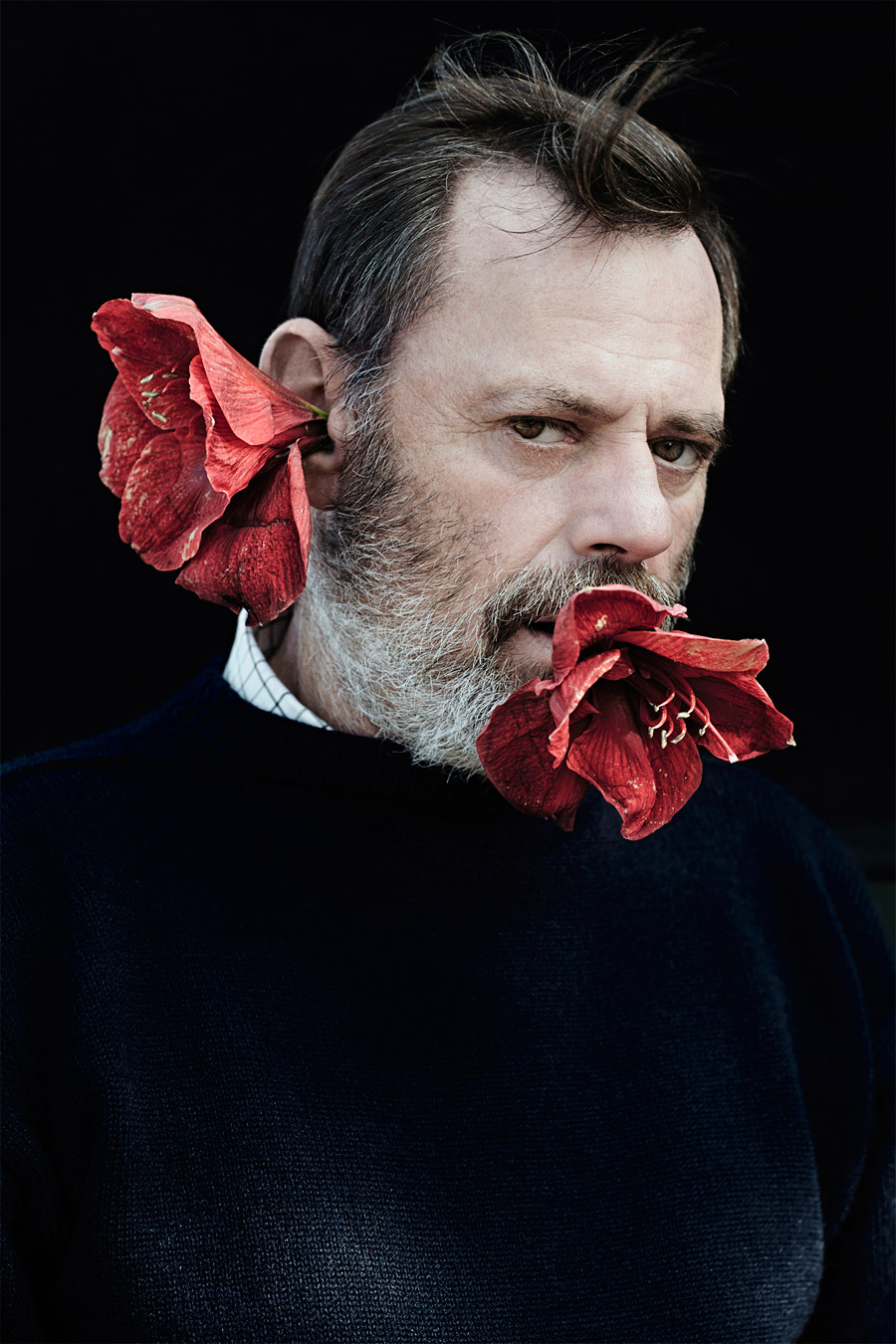 Benech is the landscape genius behind the Tuileries gardens,
high place of both culture and cruising,
but that was to be only the beginning of
an international landscaping career
which boasts over 300 projects.

Winter is over, Louis is in bloom. 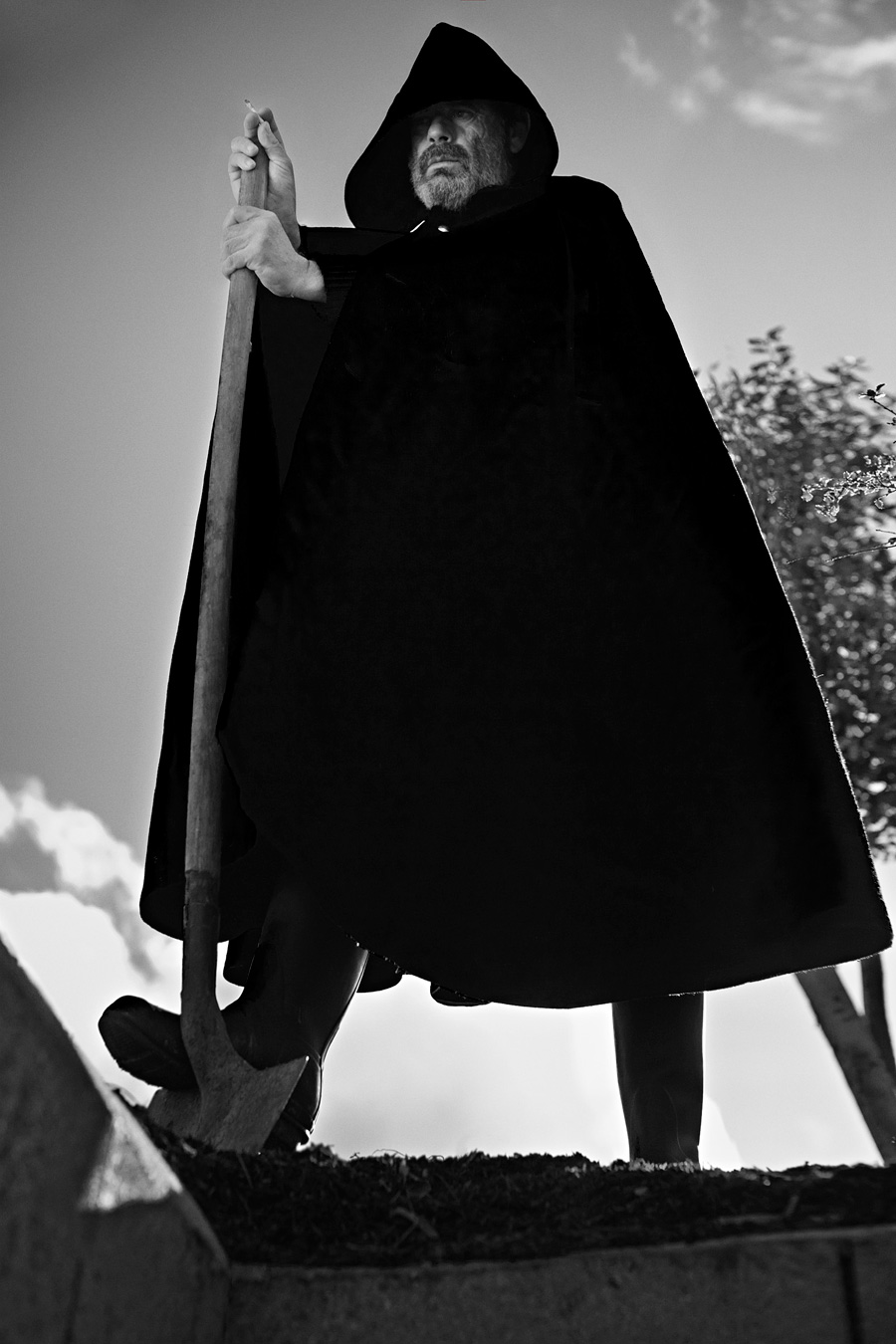 Did you choose Paris or did Paris choose you ?

Paris chose me. I was working in Normandy, when there a pitch for the Tuileries garden. I was excited to work on this project with the team Pascal Cribier had put together. We were lucky enough to win the contest, so I came to live in Paris.

How does one become Parisian ?

No one is born Parisian. I was raised in Paris for a few hours, then I had a father original enough to decide to move the family far away, but even in the country I felt very Parisian. When you leave Paris as a child, you keep a vague air of arrogance.

When you leave Paris as a child, you keep a vague air of arrogance.

Where is the center of Paris ?

My work method is that of an architect, so it’s the geographical center, I would say, the Ile de la Cité.

I don’t see Paris in a golden age, but in the current age of muddling, sluggishness and lack of dynamism…on the surface ! I find there are some nice exceptions in certain spheres. From a creative point of view, I think there are a lot of creative people today, whereas 10 years ago, it was clearly in America or even in London.

I think there are a lot of creative people today, whereas 10 years ago, it was clearly in America or even in London.

No idea. My sense of projection is generally very very slow, because a garden is in spite of everything rather slow in comparison to all contemporary projections where everything is accelerated…the absence of hindsight in fact !
I project gardens 30 years ahead.

I project gardens 30 years ahead.

Clearly quite a few parts of Paris are being wrapped up for preservation. But I think it’s in a good way. When you see for example what Renzo Piano just did for the Fondation Pathé, in the heart of a block, it’s raw modernity and creativity, you see a metamorphosis of the city beyond the exterior aspect, which means it’s not that fossilized. 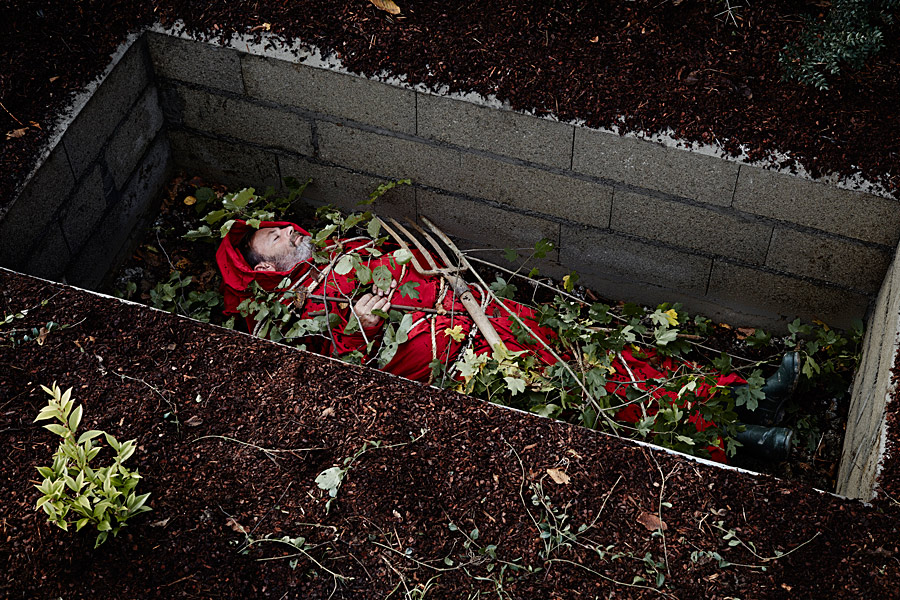 Do you imagine dying a Parisian ?

­No. I am not the right person to whom to ask this question, since I don’t need asphalt, sidewalks or movie theaters to be happy. I love picking a book and gardening, so I see myself age somewhere I can garden.

What would be your last look ? The last look you wear to be buried in ?

My look is no look !

Which objects would you be buried with ?

Oh, nothing, in the nude !
As I was raised catholic, I was taught about resurrection, but not in the way of pharaohs with their cats, dogs, goats, cutlery, jewelry and furniture. I was also told about returning to dust so… I don’t think I need anything.

That’s what I love in Buddhism, when talking about reincarnation it’s much smarter and fun to know you’ll be reborn an ant…if you get to be reborn at all !

The day Paris dies, what will you wear to its funeral ?

Again, nothing. I would wear my tears.

I would wear my tears. 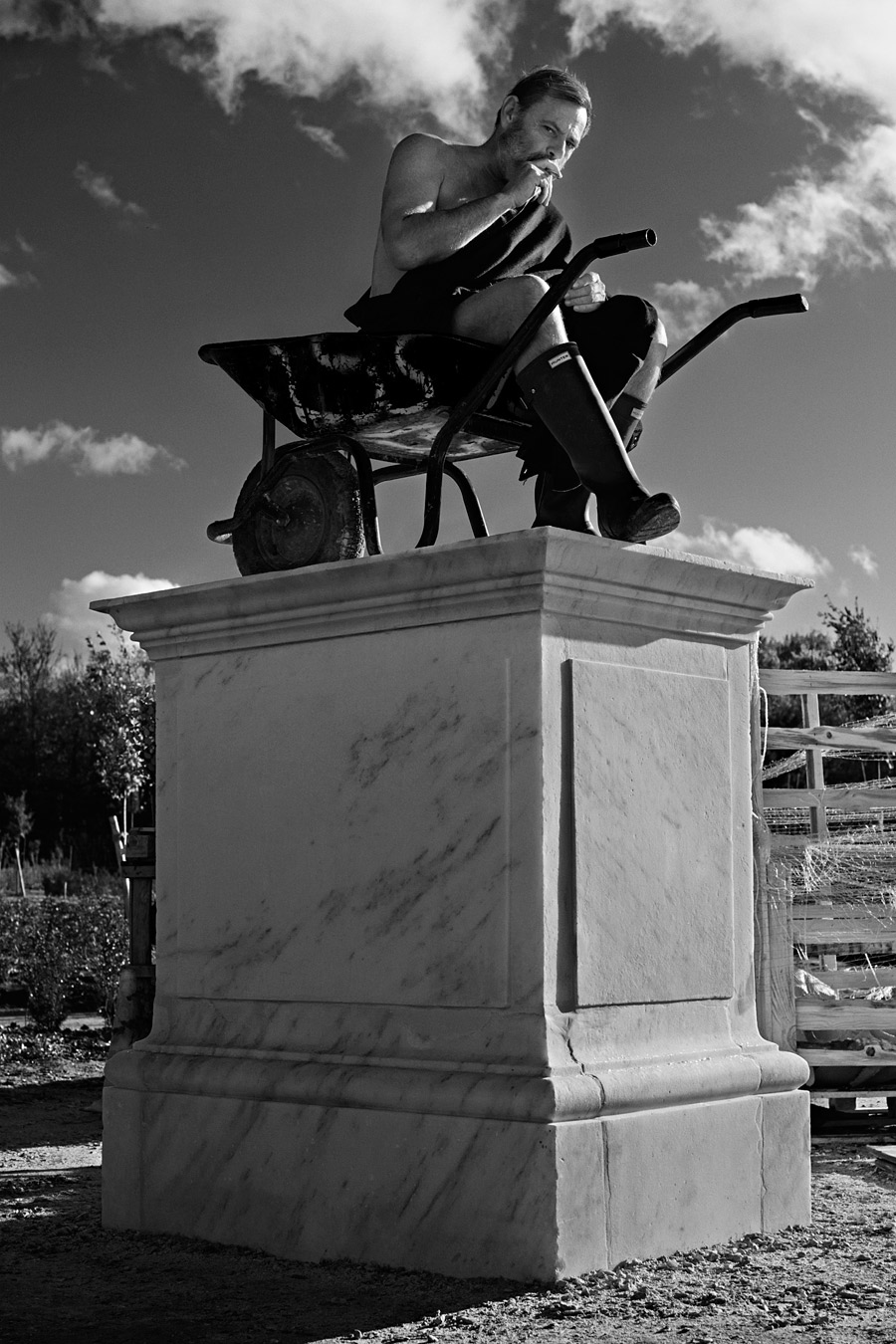 If you had to design a tomb for yourself, what would that look like ?

I’m doing, actually, a cemetery for a friend of mine. A place where people could come and still talk to her.. So it’s a huge huge bench and it’s a sort of camembert shape to be trivial. I thinks it’s a clever attitude. Because she wishes to..she’s a bit scared probably, so she wishes to have contact with the human beings she knew..she knows. And she wants them to come, being attached to her person.

I would love that the spirit could connect me with all the people but not with signs. I mean you’re belonging then to the sea, the sky, the stars, the flowers.

I’m doing, actually, a cemetery for a friend of mine.

Yes, I knew that you were going to come for that. I should be prepared.
But no, it’s dying but it’s not dead. And I don’t the see the ways it will die, but it’s dying in some ways. I’m very confident in the future myself.
­
First I love metamorphosis, and somethings change a little, and I alway find positive things in change. 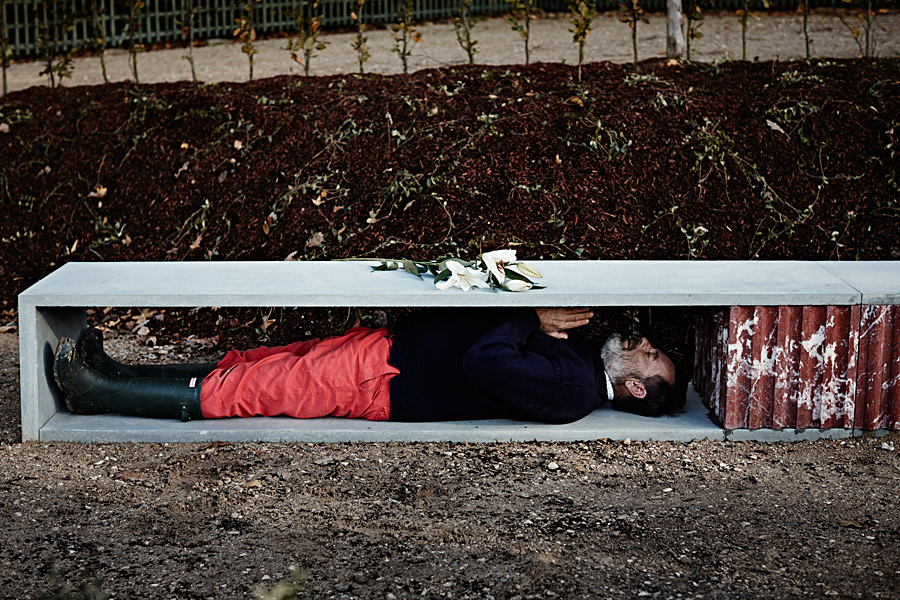 I just finished a garden in the childen’s psychiatric ward of Montsouris Hospital. There’s many young girls who are anorexice or ill at ease. And the garden is a way of leaving your body, as it is for fashion, music…

Each time I make a garden I think it will help someone. And if I can do it in an area where there is a strong concentration of pain, I’m very happy. For people who have Alzheimer, who don’t even know they’re in a difficult situation, it’s a way of making their absent moments happy.

So I believe in the benefits of gardens.

Each time I make a garden I think it will help someone.

— A story about Gardens Louis Benech Nature Versailles
previous
next