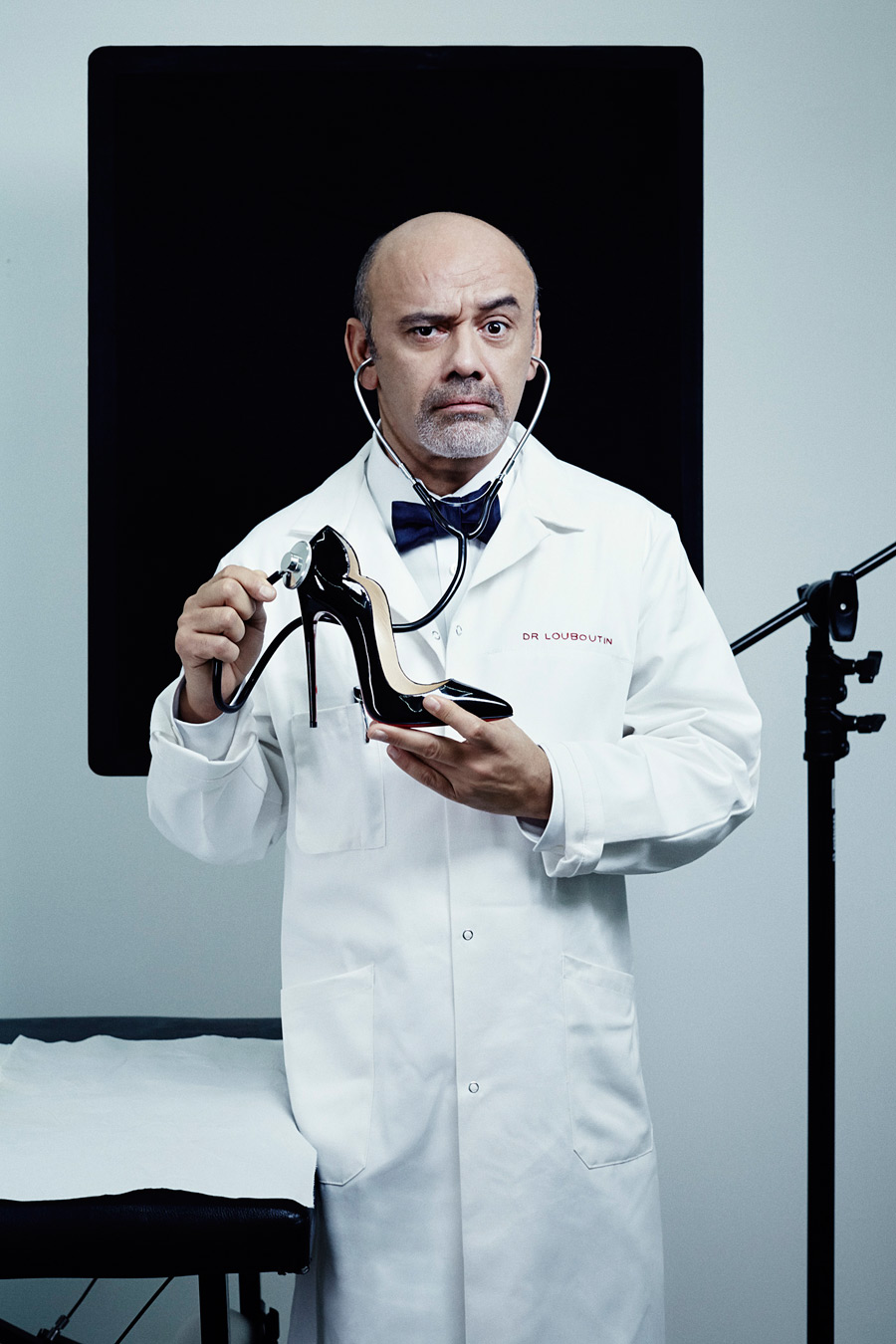 “Heels are dead,” they’ve been saying.

His heels are not dead, they’re just beyond life.

Beyond life, beyond fashion, beyond pain, beyond the great beyond. 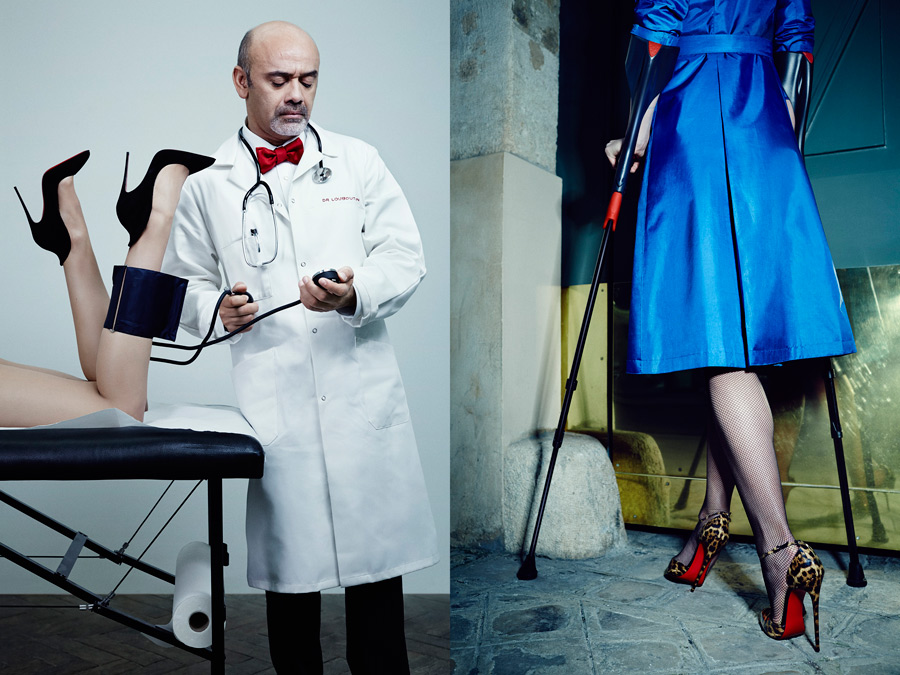 Heels, as Christian Louboutin has understood so well, are beyond reason, and have become to many women and men, a possibly unhealthy obsession.

The shoes of this self-aware, self-made Parisian have travelled around the world, yet wearing his steepest designs, you’d be lucky if you can make it out of the house. But perhaps you were never meant to leave the bedroom in the first place.

These are killer heels we’re talking about. 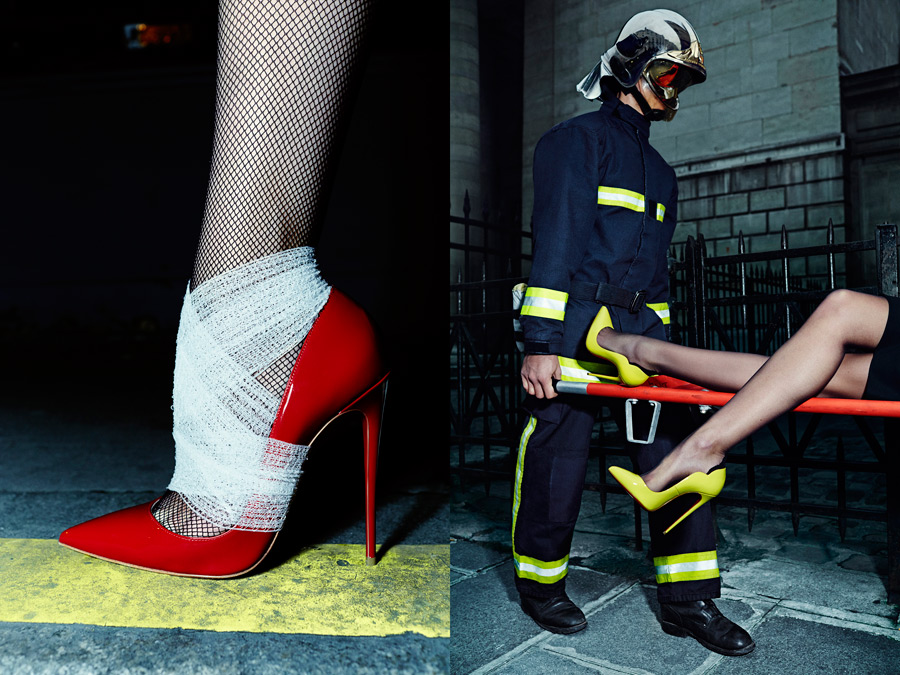 Well, my parents chose Paris for me: I was born here to two Parisian parents, so I didn’t make the choice, but I’m very happy with it!

Do you feel you are a Parisian?

One thousand percent Parisian. Wherever I go, I see Paris as the “Greenwich [Meridian],” that is, the standard.

How does one become a Parisian?

You have to overcome all the obstacles, and by that I mean the unpleasant or unhelpful people… This isn’t an easy town. There are obstacles, and lot of them, because the people here aren’t fundamentally kind; they don’t make much effort; they aren’t there for you, ready to help when needed. Paris doesn’t particularly want people to be Parisian, in fact, but I like that about it, because thanks to that, the city keeps its identity. I’m always hearing people go on and on about London, things like, “It’s so great because it’s so international!” and all of that.

It’s true that a lot of cities are international, but Paris is not an international city and that’s why I love it. I’m horrified by cities that people call international because it often means that they lack identity for everyone, except those people who like it because they might as well be anywhere. It’s a little bit like those restaurants serving fusion food. Paris is not fusion food, it’s Paris, that’s all.

“Paris is not fusion food,
it’s Paris, that’s all.”

Complete the sentence: A true Parisian is…?

Not really a French person.

Where do you live in Paris?

The Louvre. I’m sandwiched between the Louvre Post Office and the Musée du Louvre. That’s why I feel a lot like a Parisian concierge…

When did you make Paris your own?

I really made a Paris for myself the moment I agreed to become part of a Parisian community. I was so happy being part of the community along the rue Jean Jacques Rousseau and the junction with the passage Véro Dodat. Why? Because passage Véro Dodat symbolizes, for me, a very specific time for Paris, the Paris of the 1950s similar to the Paris seen in [Ernst] Lubitsch’s films. By that I mean the Paris of those iconic rooftops, the Paris of small markets, a Paris tinged with grey – Paris as seen through the lens of American cinematography. 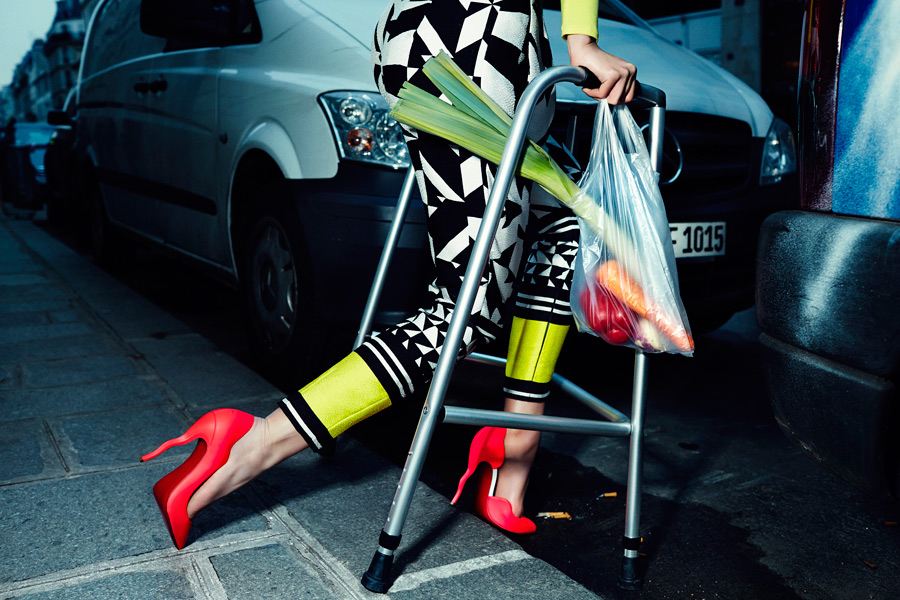 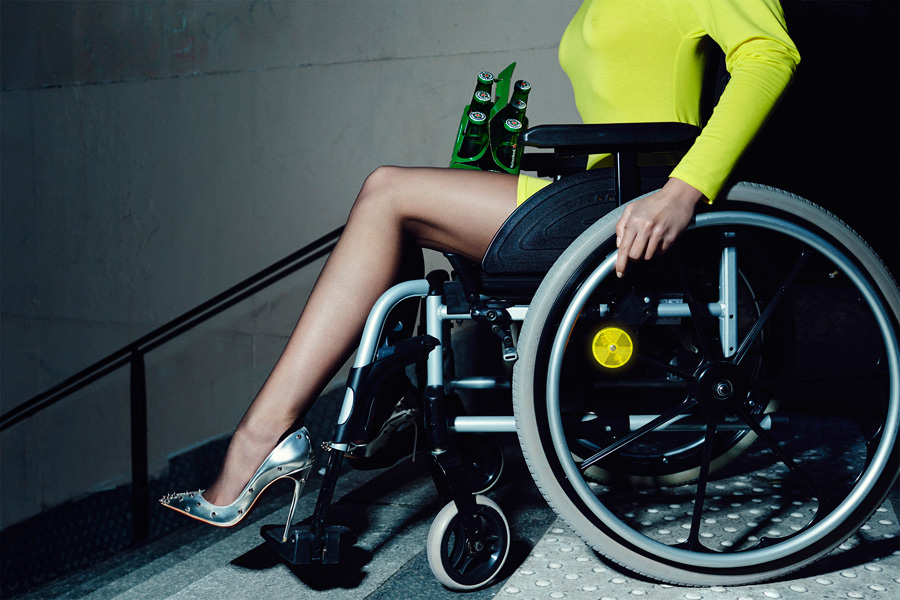 Where do you see Paris in five years’ time?

A defining feature of Paris is that Parisians will know – at the very most – four or five restaurants in the city. When you ask, “Can we go somewhere new?” true Parisians are terrorised. In fact, the two things that define a Parisian are that they know barely any restaurants, and they always go to one, the same one.

You can always know who’s a true Parisian and who’s not. If you were to start an investigation with the police trying to find out whether someone was Parisian or not, it would be too easy: you don’t ask for their identity card – it’s not needed – you ask if they have a drivers license. If they do, they are not Parisian. When you’re born in Paris, you don’t need a drivers license, so you don’t have one.

“You can always know who’s a true Parisian and who’s not.”

Absolutely! I’ll die a Parisian through and through.

I once heard something that traumatized me. I read an American student’s research that one could construct a small atomic bomb with ingredients purchased on the internet, that could fit in a suitcase, with a range from Alésia to the Sacré-Coeur.

The idea that Paris might disappear… Honestly, I’m not sure anything’s made me so sad.

I would do something like Angelina Jolie at her wedding, but in black, and I’d have an enormous veil that I would have had embroidered by Lesage with all the monuments of Paris. It would be embroidered in black jet and encrusted with precious stones, with threads of silver not gold. Paris is very much a city of silver, just like its roofs. 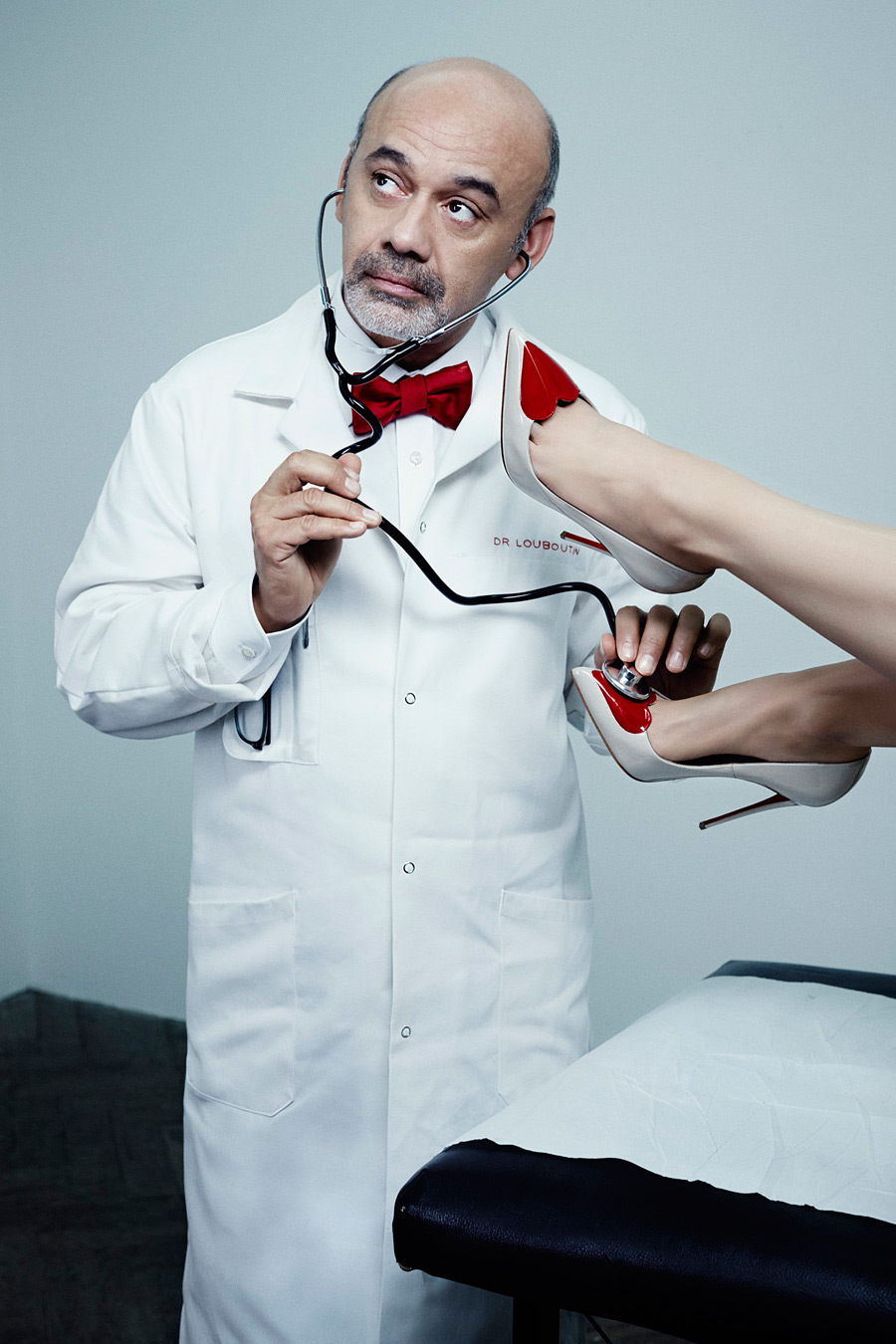 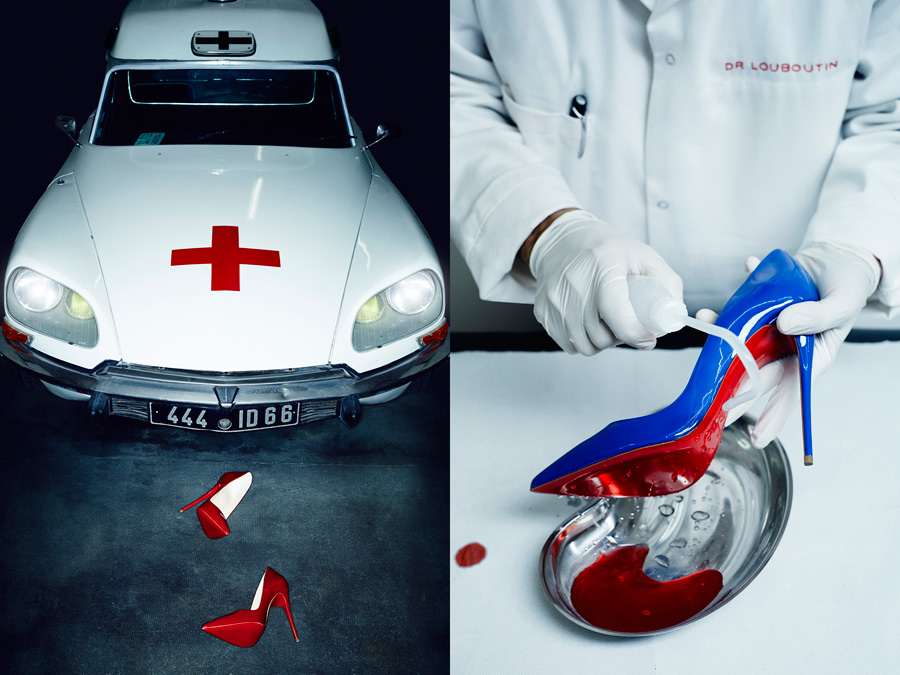 What would be your last look?

I think that inside the tomb, I’d do something like Lupe Velez – something you could photograph. I’d be perfectly bandaged up and encased in a papier-mâché sarcophagus like the ones found in Faiyum [in Egypt] with a painted head rising up… Faiyum style!

I would ask the exceptional Jean-Noel Lavesvre to do the painting. He’s extraordinary, but he only knows how to paint men because they’re the only thing that interests him; he doesn’t know how to paint anything else. He has tried, and the closest thing to success he’s had is his painting of Elizabeth Taylor, and that’s because he’s obsessed with her.

I’d have two symbols in my hands, crossed just like the pharaohs: instead of the ankh I would have… I’m afraid I’d have a shoe [Laughs.] and in the other hand, maybe an Eiffel Tower, one of those small, beautiful things like in the cartoons. The shoe would be one of my Pigalle designs, because it’s sort of a high-heeled symbol of Paris. A heel held like a scepter, like the slipper I made for David Lynch. 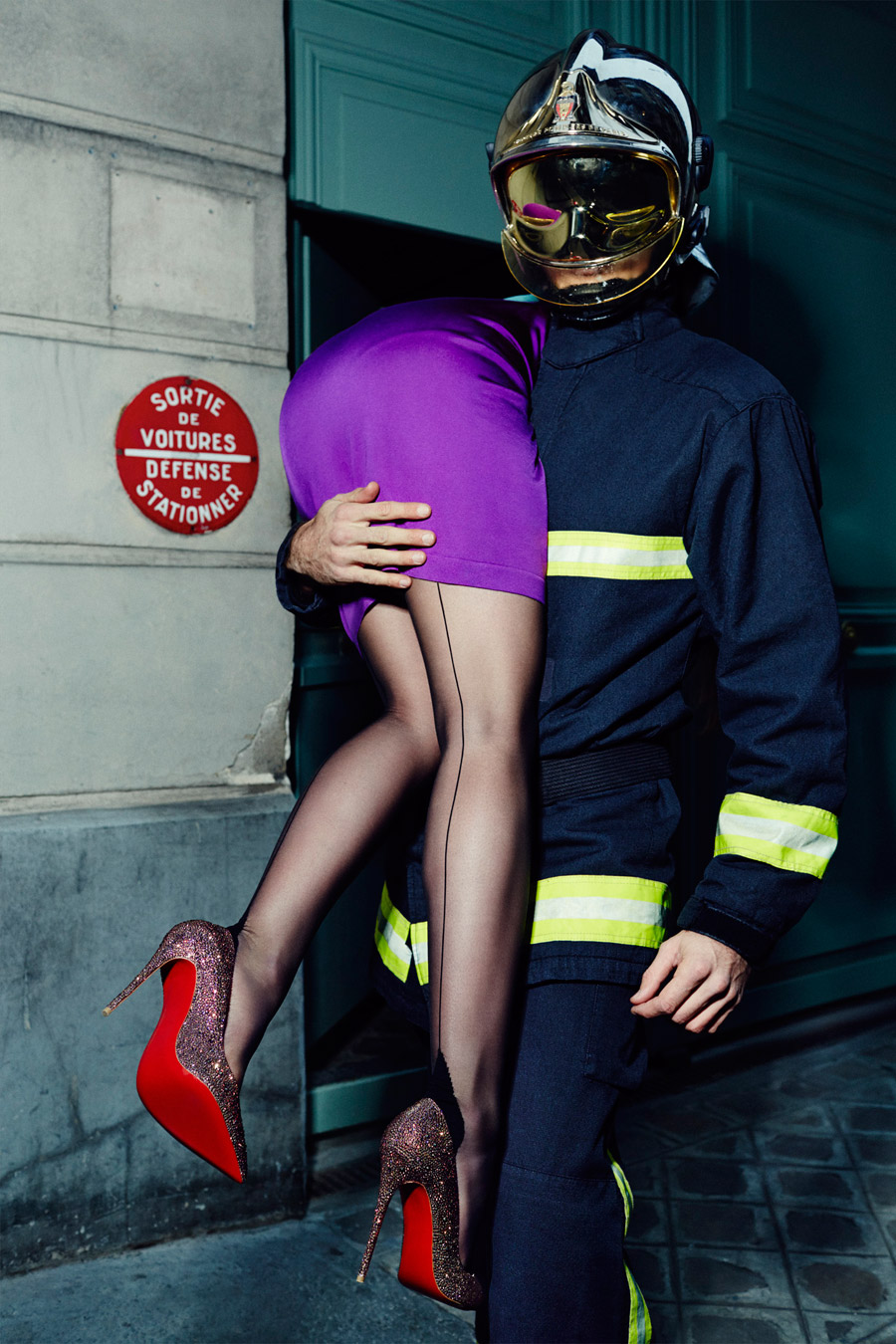 Is Paris dead? Why, Paris has been dead for a very, very long time.

“Paris has been dead for a very,

When did it die, and what comes after death?

I think Paris died in the 1960s. It came back to life maybe twenty years ago in some ways, with the arrival of people who weren’t really Parisian at all, but who understood the fundamental importance of Paris as one of the three most beautiful cities in the world.

There are the Parisians, and those who’ve decided to be such, namely, the people of Rome and of Rio [de Janeiro]. For very different reasons, those are the three most beautiful cities in the world.

I will never accept the English claiming that London is the most beautiful city in the world. That is not going to happen any time soon…

What are you current and future projects?

I’m producing a film in Varanasi in India, plus I’m working on a site that I’m keeping completely secret for the moment which is not a Louboutin site, and thirdly, I’m working on the second phase of my foray into the world of beauty, which I’m also keeping top secret and which I’m delighted about. That’s all.

And one more really important thing: I’m getting my back waxed next week, and that will be quite a production!

“I’m getting my back waxed next week, and that will be quite a production!” 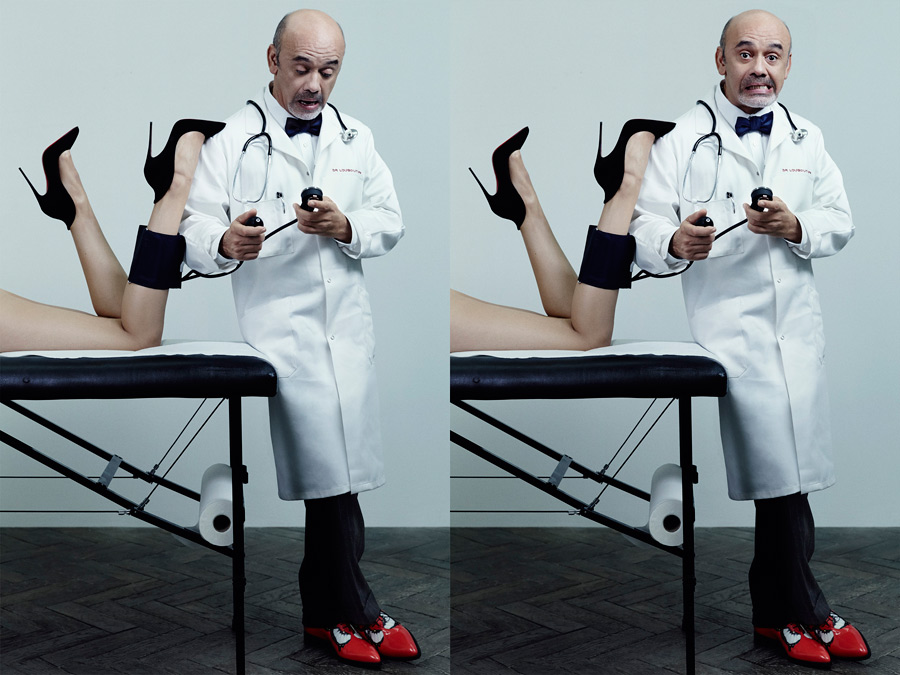 — A story about CHRISTIAN LOUBOUTIN HEELS SHOES
previous
next