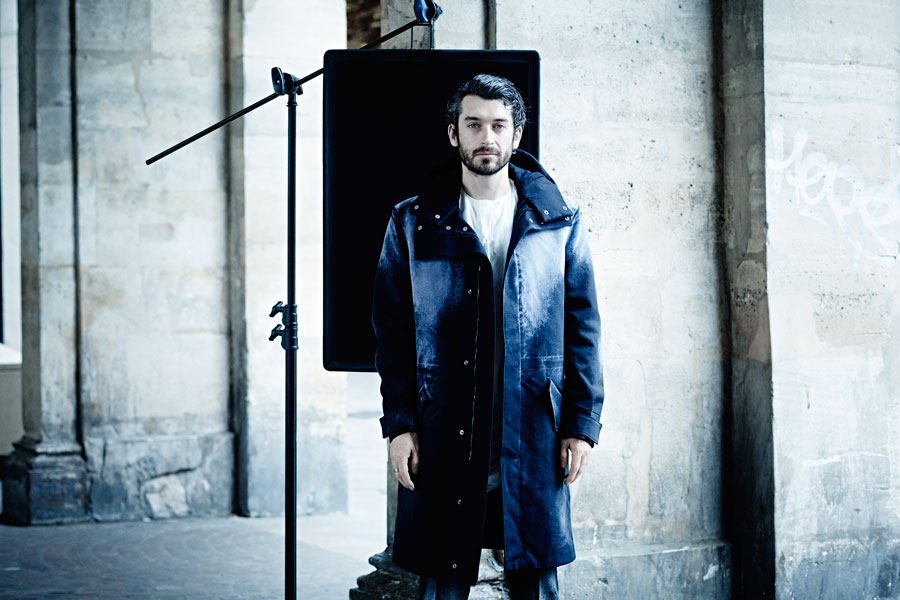 Paris does not always welcome you with open arms, as longtime Yelle member TEPR realized.

EXCLUSIVE MIXTAPE BY TEPR BELOW. 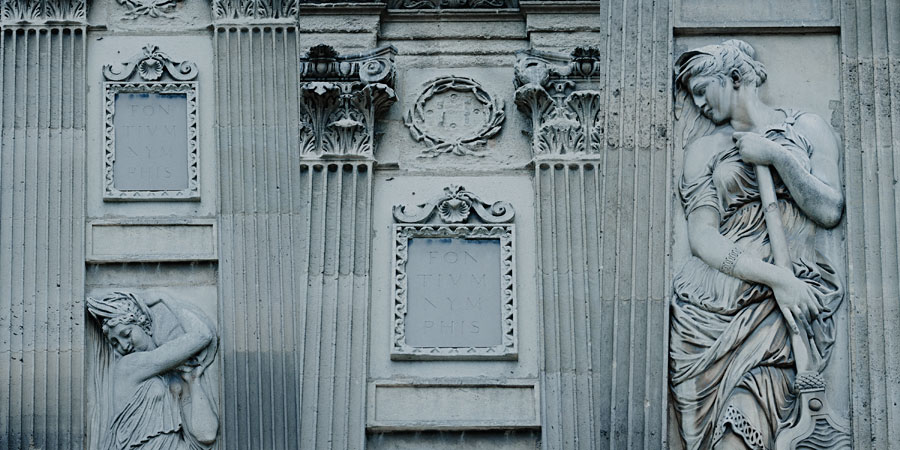 Having more or less bypassed Paris on the Yelle path to global acclaim didn’t mean TEPR, aka Tanguy Destable, could just arrive and make the city his own.

That’s not how Paris works.
You have to find – and fight for – your place in the city; you have to enter and make your mark.
TEPR had knowledge to gain, or innocence to lose, before becoming Parisian.

Underneath the Fontaine des Innocents laid a network of cemeteries so overflowing with Paris’ dead that the walls of surrounding buildings were under structural threat. The water cascading down is suffused with the city’s past, its history, its lost innocents and innocence.

Take a leap of faith, close your eyes,

Welcome to your Paris baptism.

Did you choose Paris or did Paris choose you ?

Tanguy Destable aka TEPR: I hesitated about coming to Paris for a long time, because I took pride in being able to pursue my musical projects and do a world tour while still being based in Brittany, especially when I was with Yelle and we all lived in Saint-Brieuc five years ago. They’ve stayed there, in fact. It was cool to have played Coachella and done four world tours, and yet still reside in Saint-Brieuc. Then I got called to Paris, like a lot of people.

After six months, the whole thing was decided. Straight away, you meet so many more people for work, and you get more chances to play, and so I stayed here.

“Then I got called to Paris, like a lot of people.” 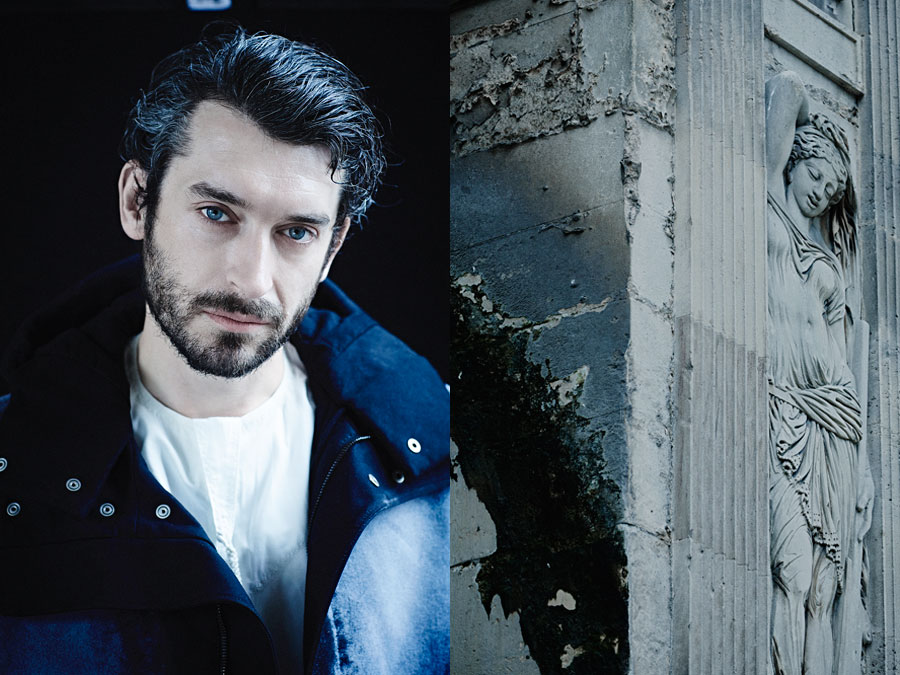 Do you feel as creatively free in Paris as you did when you were back in Brittany ?

In Brittany, there wasn’t the same pressure. I had my large studio where I worked, and I was the only person doing what I was doing for miles around. I wasn’t permanently hooked on to Facebook. I think my time in Brittany was honest work, but maybe less productive.

I had a hard time when I first came to Paris. That lasted three years, then all of a sudden, my music moved towards something really different. I could feel new trends, and they had too much of an impact on what I was doing; I just wanted to make people happy. Fortunately, I had people around me, managers and friends, who said no, don’t release that, it’s not you.

“I had to go through that whole ‘big city, bright lights’ stage” 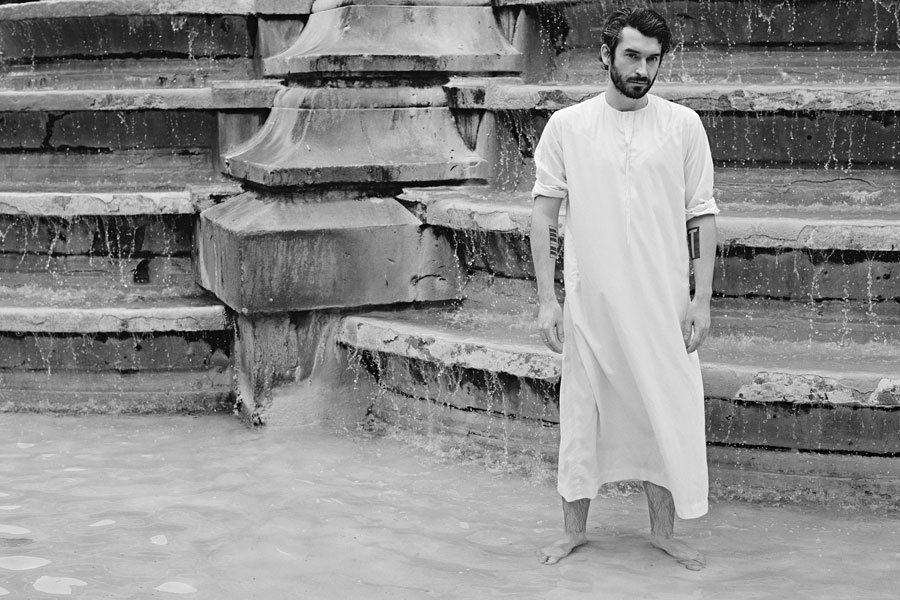 Finish the sentence : ‘A Parisian is…’

For me, a Parisian is ideally somebody who knows the geography of Paris really well, someone born here, someone who has schlepped through all the different areas. That’s the ideal. I don’t feel Parisian, I’m a Breton. If you were to speak to me about my area in Brittany, I’d know every little village. On a more clichéd level, a Parisian is someone with an idle streak, who knows to stop at the right bistro and makes the most of the sunshine. It’s someone who’s in search of a cool proposition in general: parties, bars, restaurants, and more.

How do you become a Parisian ?

I think you become Parisian from the time that you’ve had a few sleepless nights, and at five or six in the morning, you know exactly where to go and get a steak, and which bits of Paris to go to for the best café au lait, croissant, or baguette.

You become Parisian when you’ve sped up your way of doing things, whether that be walking or eating. People here do everything a bit more quickly, I think. You become Parisian when you can put up with the metro without it irritating you, when you manage to forget the traffic, when you manage to forget the constant scowl people have here, essentially when you can ignore all that kind of stuff. 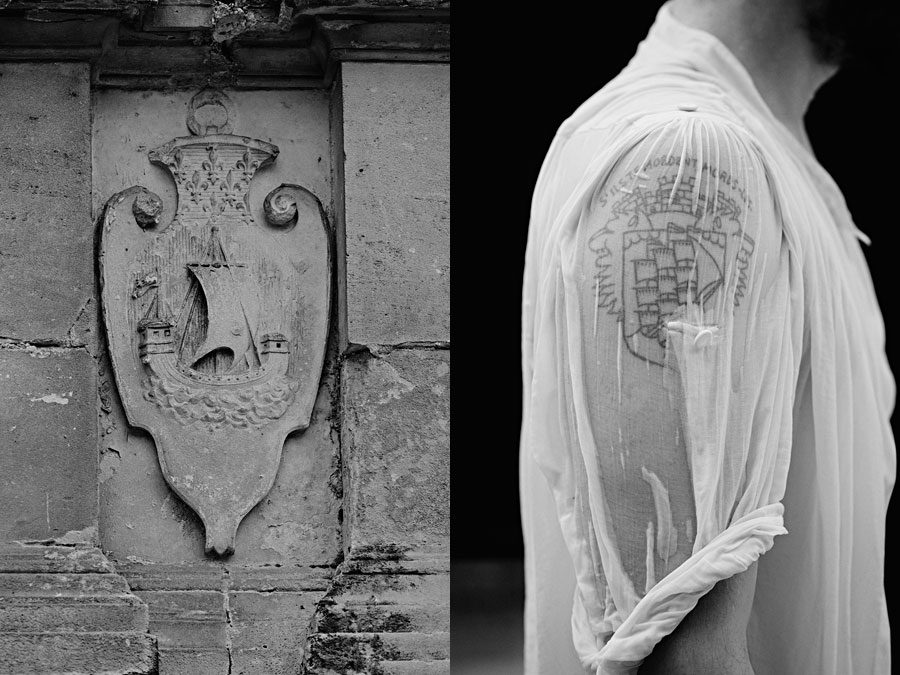 Parisians are always characterised as cold; they aren’t going to stop in the street to help out a tourist struggling with a map. I try to fight against that all the time.

Do you imagine dying a Parisian ?

Yes and no. Often, I think I won’t. I can’t imagine getting old in a city. I think your whole being hardens, and you become kind of nasty. I always imagine myself back ending up in the countryside in my native Brittany.

At the same time, I think to myself, when you’re seventy and in Britanny all alone and doing everything—your garden and all of that—yourself, and you need to take the car if you want to go anywhere… It’s then that I think about Paris. The other day I saw this old grandma having the best time. She was out, taking the metro, seeing all the exhibitions, going to all the stores… In fact, I think growing old or dying in Paris wouldn’t be so bad.

“I think growing old or dying in Paris wouldn’t be so bad.” 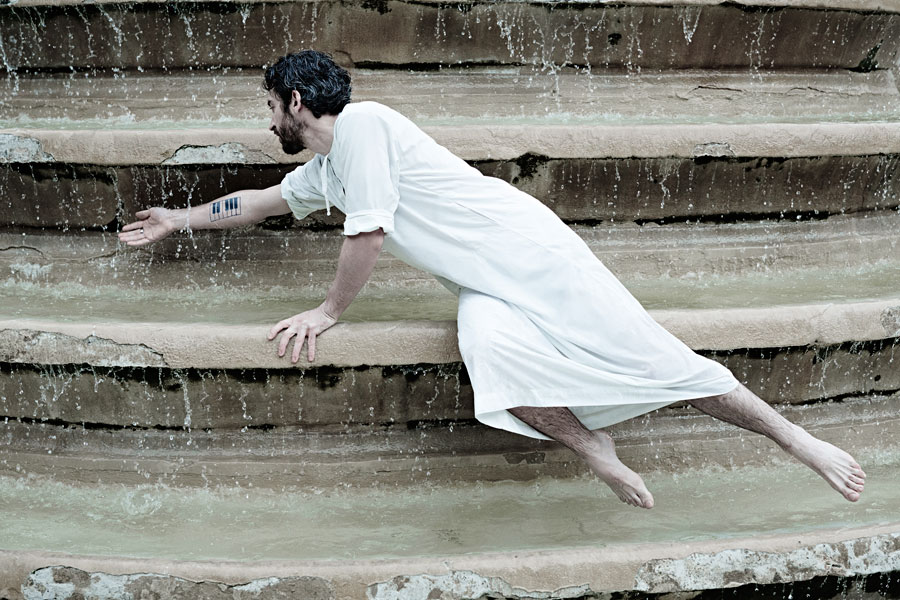 Where do you see Paris in five years ?

I hope Anne Hidalgo [the mayor of Paris] is going to succeed in making Paris a bit greener. I think it’s insane [that Paris is the way it is] when I look at somewhere like New York, with the High Line, and Chelsea… I don’t dream of living in New York, though. Paris will always be the most beautiful city in the world for me. I’d like more parks, and bigger parks, and less crap like the café they’ve built in Place de la République, because it’s going to age so badly.

Paris in five years? No idea. But Paris in ten or twenty years… I think we will all still be packed into the streets, with too many cars, but there we go: that’s also what means Paris is always buzzing.

Where is the center of Paris ?

I believe the suburbs are the future of Paris.

The rough areas within Paris have all been gentrified, and now that’s starting with the suburbs: Pantin, La Villette, Montreuil, they’re all becoming beautiful. Everyone’s buying their own little place…

“I believe the suburbs are the future of Paris.” 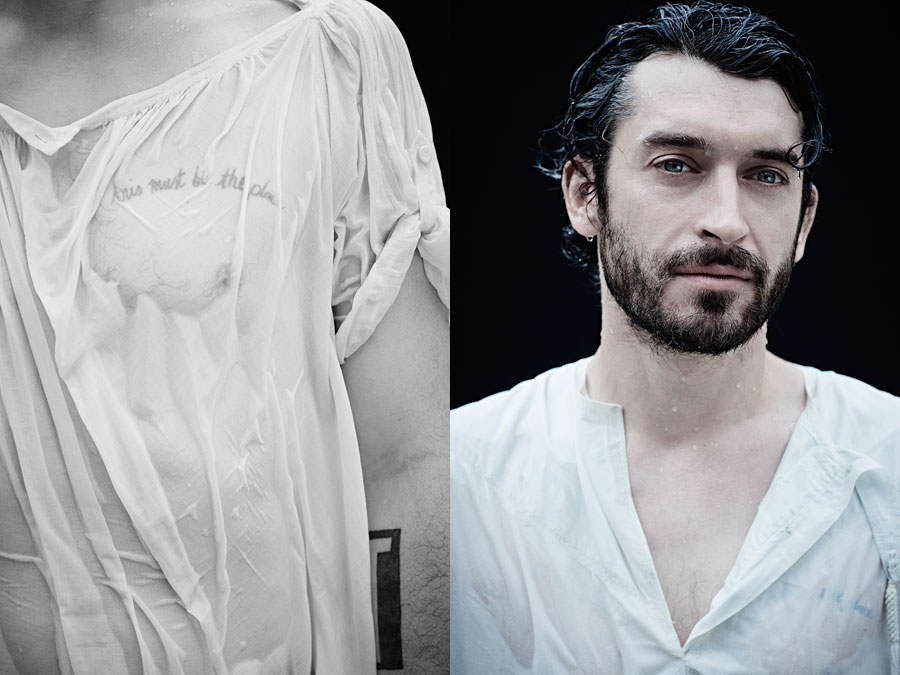 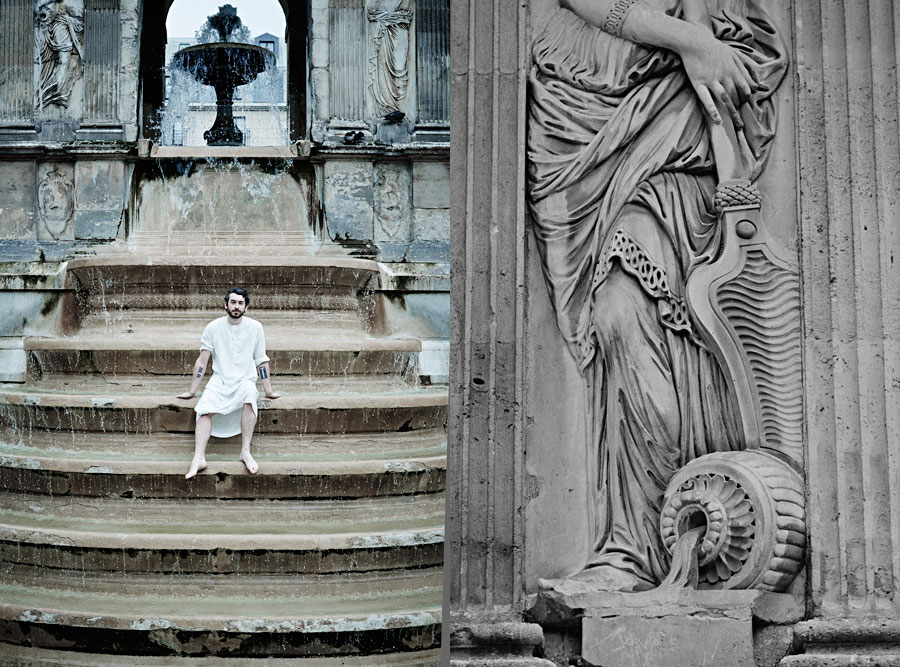 No, Paris is not dead. Though there are things that do Paris no favours, especially the price of clubs here. Not just the entry either, the service in the club kills the night. It’s 2 or 3 euros too much for what it is. For almost a year now that I’ve really slowed down on clubbing, because after a while it just started to piss me off. You go to the bar, order four things so you don’t have to go back, then you get home that night, and realise you’ve spent 150 euros just to be with your mates. As a rule, culture isn’t expensive in Paris, going to the Pompidou is free.

Educating yourself isn’t expensive, but going out really is.

I’m releasing an EP in April 2015 under my “TEPR” moniker, then an album will follow. I’m working on my live act, which will have real scenography.  I’m still navigating between electronica, dance and pop music, with a “technoïde” base.  This foundation allows me to ad on many references from one track to the next, whether it’s tribal, ghetto or R&B. Club music is about quoting, in permanent movement.

“Educating yourself isn’t expensive, but going out really is.”

— A story about MUSIC TEPR
previous
next